In the Jewish Section of Mt. Pleasant Cemetery: 3, Bill Hovey 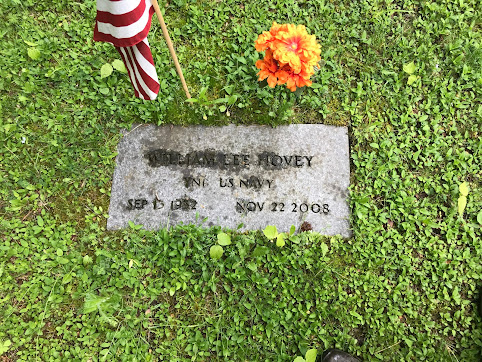 Each of the five stones in the Jewish section of Mt. Pleasant Cemetery has an intriguing story behind it. But the one for William L. (Lee) Hovey may have left us with the most questions—or at least, it’s left me wondering.

I met Bill Hovey in the last years of his life. I began attending services at Beth El Synagogue with my (future) husband Dave in 2002. Bill used to come for Rosh Hashanah, when seating in the synagogue would overflow all the way into the hallway. It was a season of return, and we treasured it.

But I didn’t know what to think about Bill. Mostly I was scared of his appearance: His face and ears were heavily pierced with what looked like stainless steel studs, and his shaven head was heavily tattooed in dark navy blue or black in swirls that reminded me of Polynesian tattoos, especially because they were inked onto his face as well. His expression was solemn, and his clothing formal, like many of the other men attending services. I took my cue from Dave, who greeted Bill with some warmth and much respect, but I wondered what I was supposed to understand from his fierce appearance.

I never had the chutzpah to ask, and Dave preferred not to inquire, although he’d known Bill for years. Clearly Bill was intentionally present as a Jew. But what else was in his story?

The next time I learned a bit more about Bill was in autumn 2008, when he knew he was dying of COPD, chronic obstructive pulmonary disease. He called Dave—many people in Congregation Beth El phoned Dave when they needed something “Jewish”—and said that the Dartmouth Medical Center doctors had told him he had very little time left. “I want you to come get my books,” he said.

So Dave and I, by then married, drove to Bill’s home in the Colonial Apartments in St. Johnsbury a few days later. It was good that we arrived pretty early in the day, because the walls of the apartment were lined with bookshelves to the ceiling, jammed full, and Bill wanted us to take them all. Using “banana boxes” that we’d brought in our van, we began to take the books off the shelves and pack them. They ranged from very beautiful leather-bound volumes to ordinary paperback versions of Jewish fiction. And they were all filmed with ash from Bill’s years of cigarette smoking; his habit was so ingrained that even as we packed, and he sucked at a tank of supplemental oxygen, he still kept smoking.

We made multiple trips that day, filling the van several times. The boxed books occupied a large part of our garage by the time we finished. To my sorrow, Bill insisted that we also take with us two tallit and several kippot. He kept one for his final days. Even without the books, the apartment spoke of Jewish culture and history, with beautiful art and artifacts. Bill said he had plenty of support to help him manage, and we left him on his own there. We were sad, but determined to do our best to find good homes for the wonderful library he’d donated.

I don’t know when Bill became a Jew. I only know a few details about his life, the public details: His parents lived in Waterford, Vermont, when he was born. His father Leland Clovis Hovey was a Waterford-born surveyor, and his mother Dorothy T. (Russ) Hovey, born in Groveton NH, had worked at an art school. Leland was a descendant of Abiel Richardson, one of Waterford's significant early settlers.

Bill was probably born at the St. Johnsbury hospital, on September 13, 1932. In April 1955, when he was not yet 23 years old, he enlisted in the Navy and served a 3-year term there. He then served another 13 years in the Navy, although I can’t find any record of what he did  there. After that, he worked at the Library of Congress for a career as a linguistics specialist, with a master’s degree, and lived in and near Washington, DC. At his retirement from the Library of Congress, his position was “Romance language translator and cataloguer.” Clearly, he was a highly educated man.

Bill never married, and I have wondered whether in part his tattoos represented a declaration of who and how he had loved in his life. Even though the overall effect of the tattoos and piercings frightened me, he didn’t seem like an angry person, and on the few occasions when I saw him in downtown St. Johnsbury he was courteous, although he said little.

The local paper, the Caledonian-Record, said that Bill was survived by “a few cousins” and that the family observed a brief committal service at the Mt. Pleasant Cemetery. Dave and I weren’t aware of it at the time, so I doubt that there was any Jewish leadership present. On the other hand, the Washington Post also noted Bill’s passing, saying the service was “attended by many relatives from Hawaii, Vermont, New Hampshire, and Rhode Island.” That makes me think he may have been better known and understood by people from his long-time home area of Washington, DC.

Perhaps you know a little more about Bill or can share a photo of him. I’d like to know there are others thinking of him. Whatever the mysteries were in his life, it’s certain that he concluded with deeply Jewish connections, and his burial in the Jewish section of Mt. Pleasant Cemetery reflects that aspect of his life. The stone is a military one, provided in his honor by the US government.

Posted by Beth Kanell at 4:13 PM No comments: 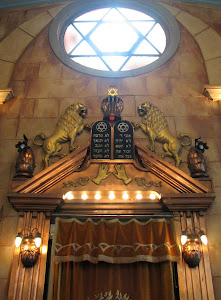 Ahavath Gerim in Burlington was built in 1885; Elise Guyette writes in "Flow of History" that Russian Jews started the community in the 1870s, and early setlers included peddlers and other business owners. Photo by Don Shall. 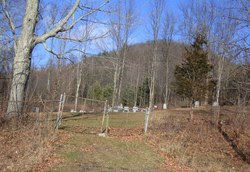